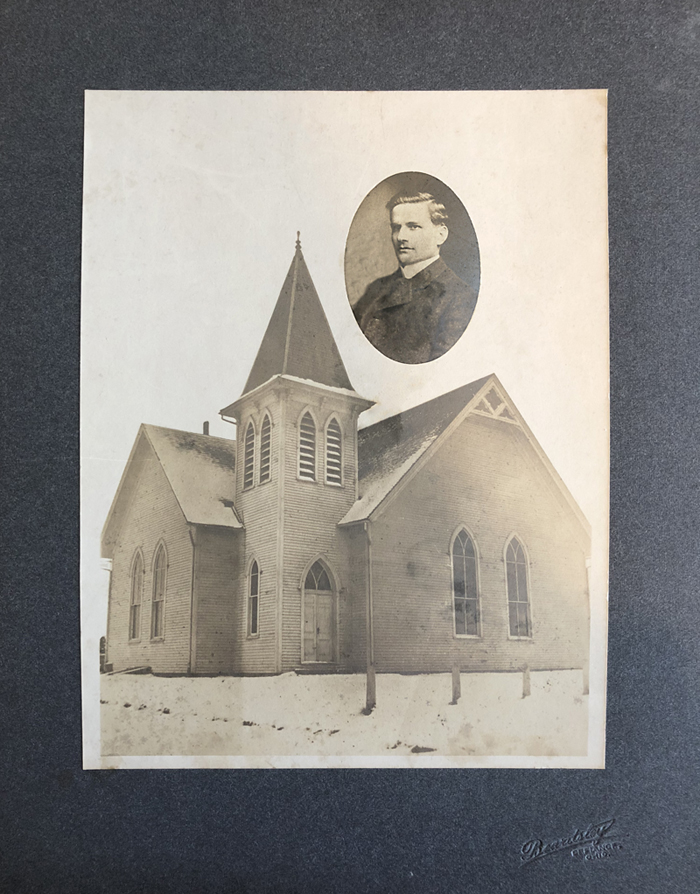 I wasn’t sure what to make of this large, 10×12, Edwardian photo found at the Maumee Antique Mall in Ohio.  Was the man a pastor of this church?  Upon reading the writing on the reverse “Edward J. Stock, Defiance, Ohio, March 1st, 1907, Rev. B. H. Morse, Pastor,” I suspected this was a memorial photo depicting the location of Edward’s funeral services.  I was wrong.

Edward, who died in 1953, aged 69, is buried in the Riverside cemetery in Defiance. He was one of thirteen children.  Whatever 1907 event this photo is meant to memorialize remains a mystery.

The building was Saint John’s German Methodist Church in Defiance.  Many members of Edward’s family were laid to rest in the church cemetery, including his parents, Sylvester and Christine (nee Kellermeir) Stock.

3 thoughts on “Meet me at the Church”