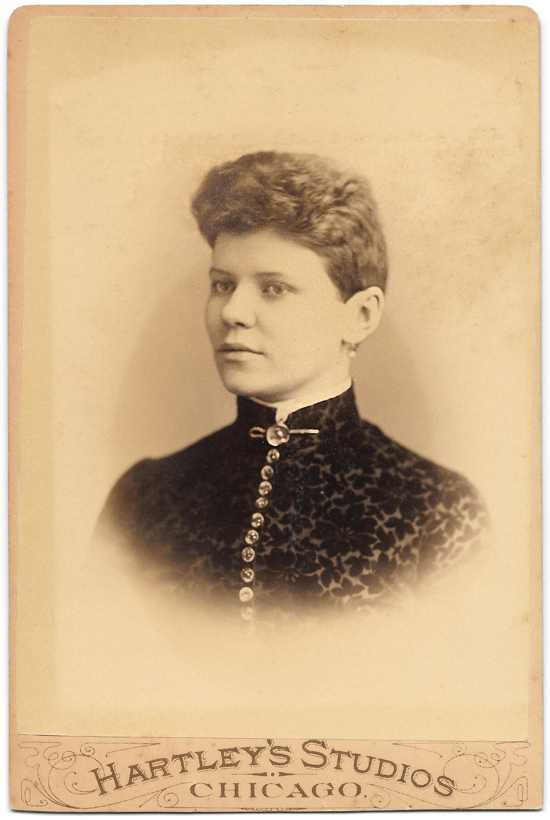 Anna Eliza Cady and I have something in common.  Our fathers were butchers.  My father worked in a grocery store meat department.  I like to imagine Anna’s father, John Cady, dressed in a long, white apron, working behind the counter in a small meat market.  However, it’s more likely he worked alongside many other butchers, in the Union Stockyards.  By the start of the 20th century, the stockyards employed 25,000 people and produced 82 percent of the domestic meat consumed nationally.

At the age of 13, Anna and her family were living in Chicago, Illinois.  She and her 18-year-old sister, Martha, earned money by sewing.  I wonder if they took on sewing jobs out of their home, or if they were working in a shop or a factory.  Her younger sisters, Eleanor and Emeline, became teachers.  Her brother, John, Jr., followed in his father’s footsteps and worked as a butcher. 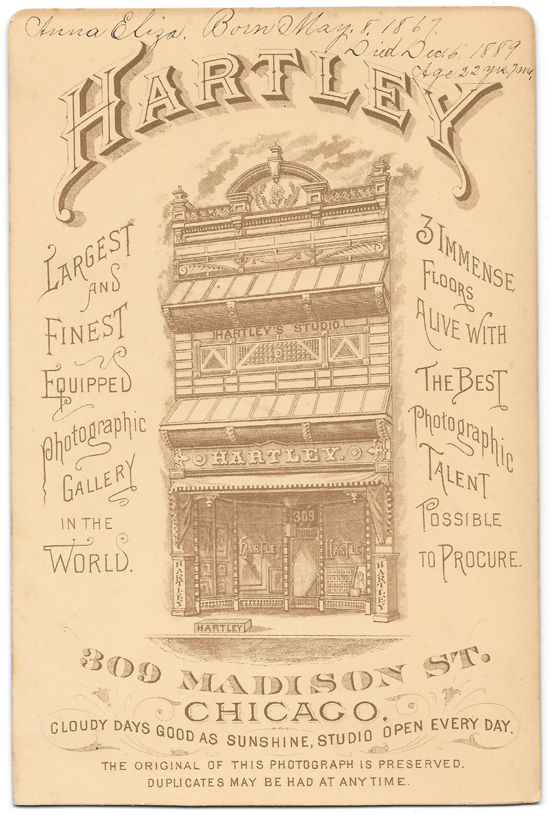 Anna died, aged 22, on December 6, 1889.  She is buried in the Oak Woods cemetery, in Chicago, alongside her father and mother.

3 thoughts on “The Butcher’s Daughter”