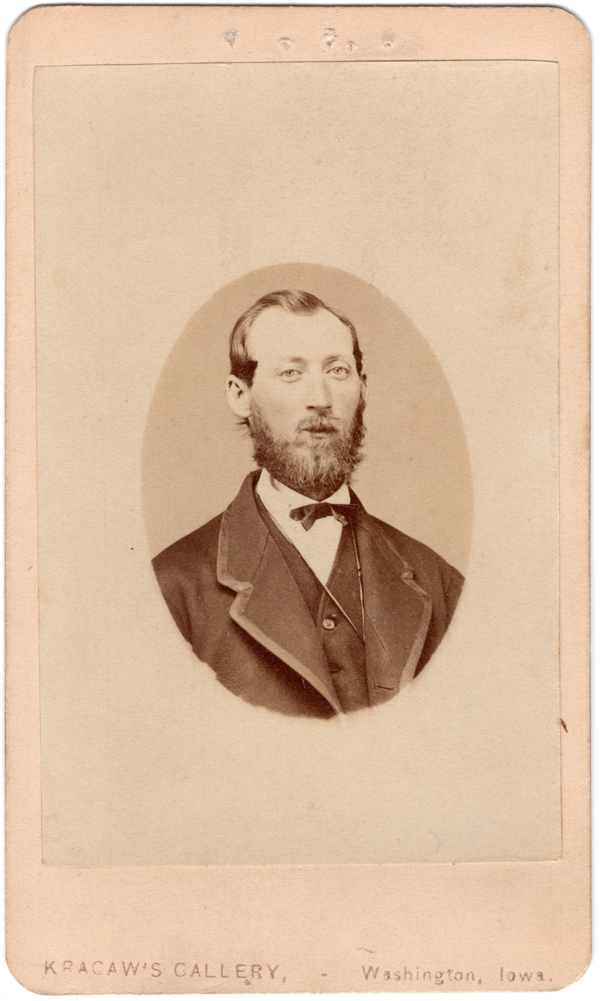 I picked up this carte de visite (cdv) in Wisconsin.  The photographer, Austin Kracaw, was an immigrant from Germany and operated a studio in Washington, Iowa from 1865 to 1875.  The name James McClenon is written on the reverse of this cdv.  I wasn’t able to identify this sitter; however, I’d like to talk about some of the possible matches I came across during my research. 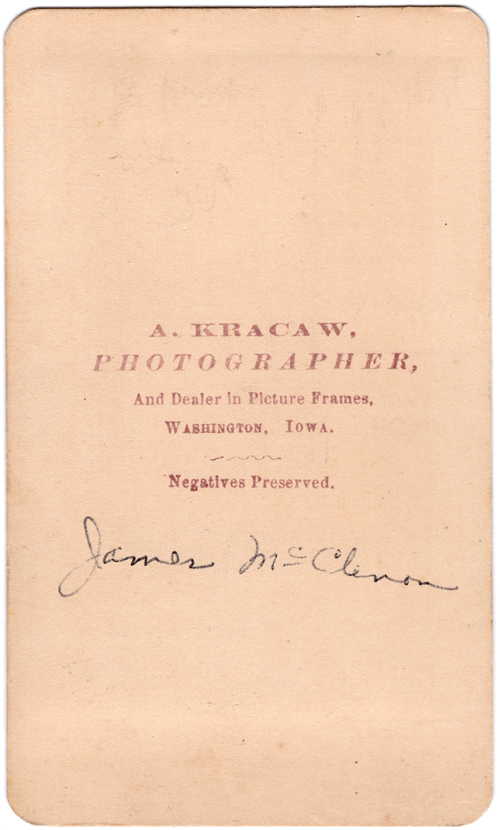 In 1880, James Clunen, 32, an immigrant from Ireland and a carpenter, was living in a Keokuk hotel, about 100 miles south of Washington.  Since it’s probable that James wasn’t present when the census taker was collecting information, I suspected that his surname may have been misreported.  Upon further digging, I found 22-year-old James Cloonen working as a carpenter and living in a hotel in Jackson, Michigan in 1870.  I highly suspect they are one in the same and if so this is not our sitter.

In 1850, 21-year-old James Clennon was living 60 miles south of Washington, in Flint River.  This surname is close, only minus the ‘Mc.’  If this James was our sitter he would have been at least 36 years old when Kracaw opened his photography studio.  I think the man in this cdv photo looks like he’s in his twenties.  Of course, this could be a copy of an earlier daguerreotype or ambrotype, which would explain the age discrepancy.  Unfortunately, I couldn’t find the family after 1850 to follow up on the spelling of the surname, so this was a dead end.

We also need to consider that our sitter may have lived in the area for only a short time, in between censuses, or he had his photo taken when passing through town while traveling or visiting relatives.  Another scenario is that the name written on the back isn’t our sitter at all.  The name may be the recipient of this photo.   All of this means that this cdv will remain one of the unsolved mysteries.