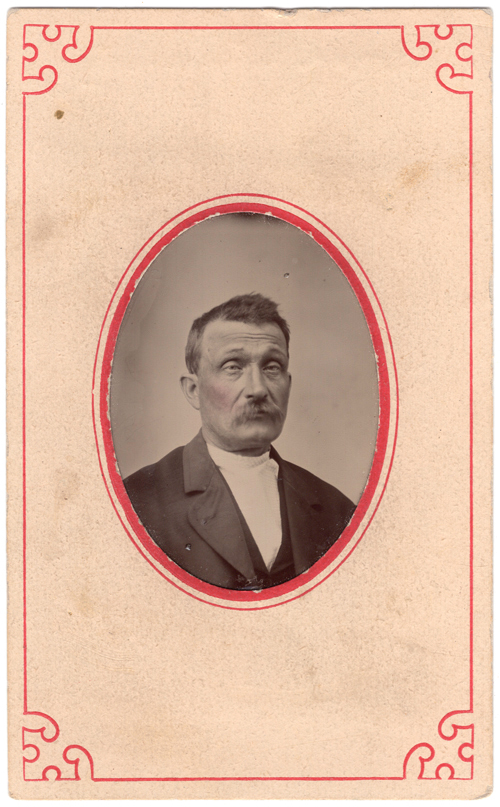 The man who sat for this portrait at Leaman & Lee’s Photograph and Ferrotype Gallery in Reading, Pennsylvania is identified on the reverse as George Steinmatz (sic). The image was captured in the 1870s when he was about 40 years old.  The photographer tried to liven up George’s wearied look by giving his cheeks a rosy tint but he still looks dead tired.

George was a husband to Sarah Wamsher, and a father of four children; Elizabeth, David, Catherine, and Theodore. He worked as a day laborer to support his family which included various labor-intensive jobs in the local mills such as furnace man and iron piler.  No wonder he looks so fatigued.  Iron pilers were responsible for removing iron from railway cars and stacking it according to grade and George was still performing this task when he was seventy years old!

At the age of 76, George was laid to rest in the Saint Michael’s Cemetery in Birdsboro, Berks County, Pennsylvania.  His wife and children are also buried there. 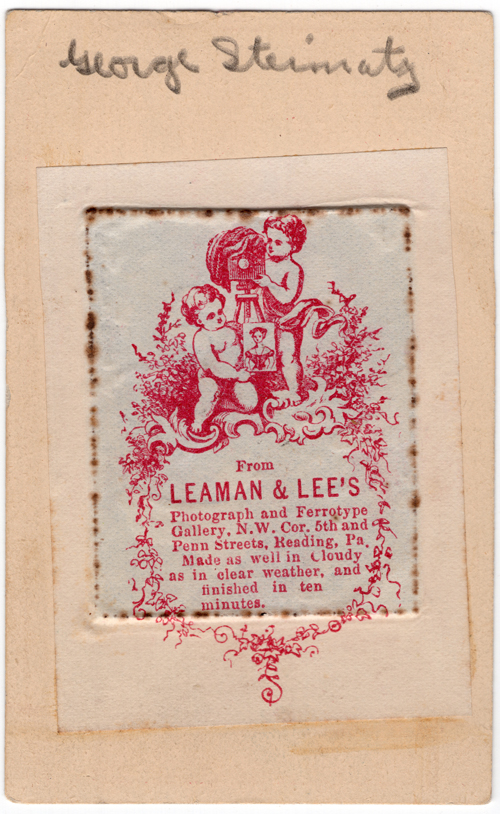