How many faces do you see in this moody 1870s Victorian portrait?  I’ll provide my answer at the end of the post.  This antique cabinet photo features the Sturges siblings; Wallace, Eva, and Clara, as well as Eva’s husband Frank Watson.  According to writing on the reverse Frank and Clara are standing. 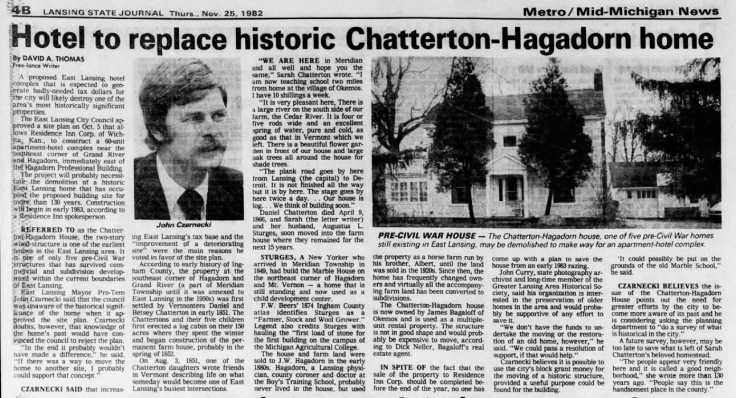 The Sturges siblings were the children of Augustus L. and Sarah (Chatterton) and for a time they resided in the historical house discussed in the above newspaper article from the November 25, 1982 edition of the Lansing State Journal.  Interestingly, the report includes portions of a letter written by their mother in 1851 in which she discusses life and the people of Meridian including that she’s earing 10 shillings a week as a teacher and how the stagecoach passes by twice a day. 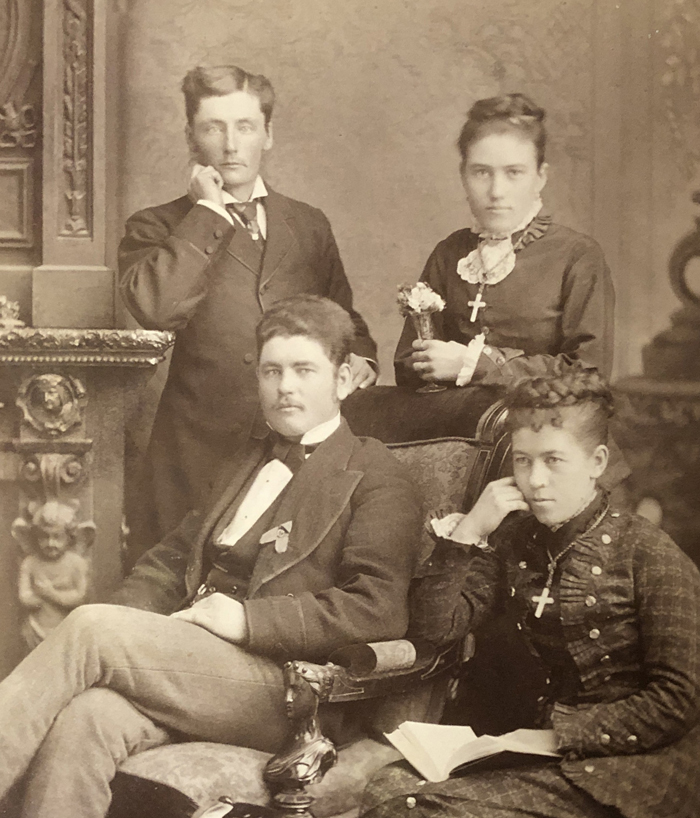 Wallace, the oldest Sturges child, took up farming like his father and did not marry until 1902 when he was 47.  His bride, Miss Daisy Coston, was just 17 years old. They had two children, Ruth and Wendell.  When Wallace passed away at the age of 86 he was laid to rest in Glendale Cemetery in Okemos.

Lamentably, the youngest sibling, Clara, succumbed to brain fever (inflammation of the brain possibly caused by encephalitis or meningitis) at the age of 27.  Her final resting place is in the Glendale Cemetery.   At twenty-one she married Charles H. Hewitt and had three children that are known; Mable V. born in 1885 and two infant daughters who died at birth, one on April 4, 1881, and another on April 17, 1882.  Charles remarried in 1888 to Miss Mabel Parks. Wallace Sturges was a witness at the nuptials.

I found 16 faces (if you count halves.)  Are we close?
*update! It’s been brought to my attention that I definitely missed a face.  The horse would make 17!