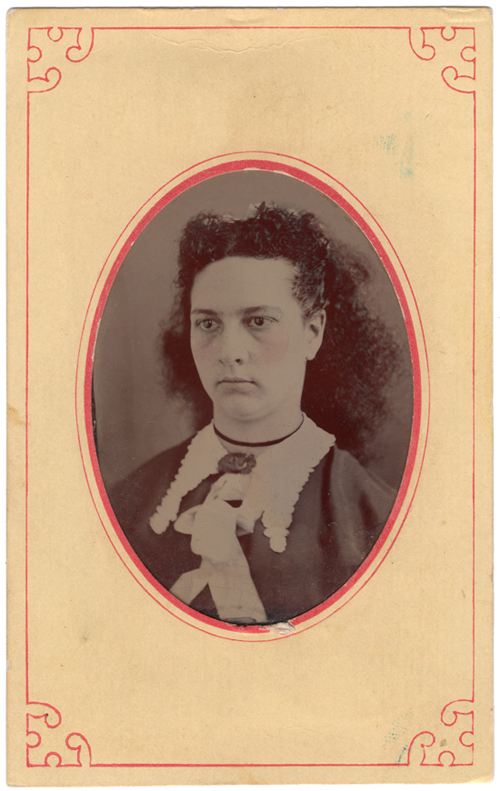 Miss Sadie Deck was born in 1856 and grew up a farmer’s daughter near Martinsburg, West Virginia.   Unlike her brother and five sisters who lived long lives, Sadie’s days on this earth were short. 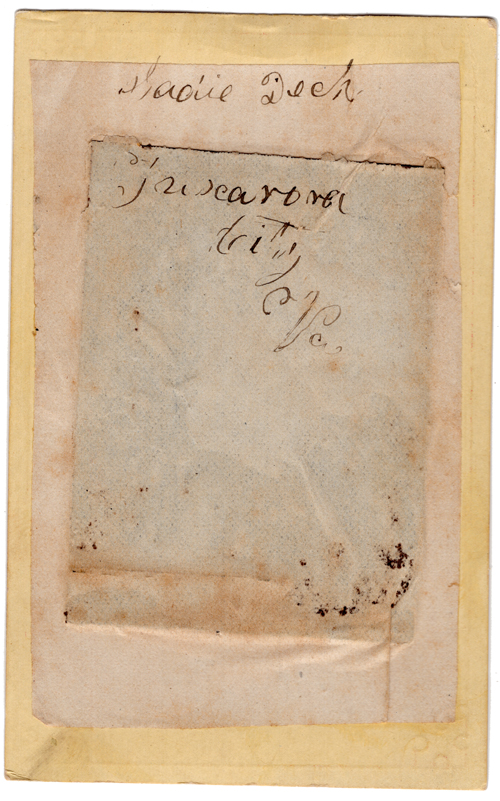 I struggled with this identification because I could not find Tuscarora City, Virginia.  It wasn’t until I took my search to the newspapers that I found the answer.

About 1873, when this tintype image was taken, a failed push began to change the name of Martinsburg, West Virginia to Tuscarora City.  Why the name Tuscarora? The white colonizers stole the land where Martinsburg stands from the Tuscarora Native Americans.  As for the author’s use of Virginia instead of West Virginia…possibly they hadn’t embraced the state’s split some ten years earlier. 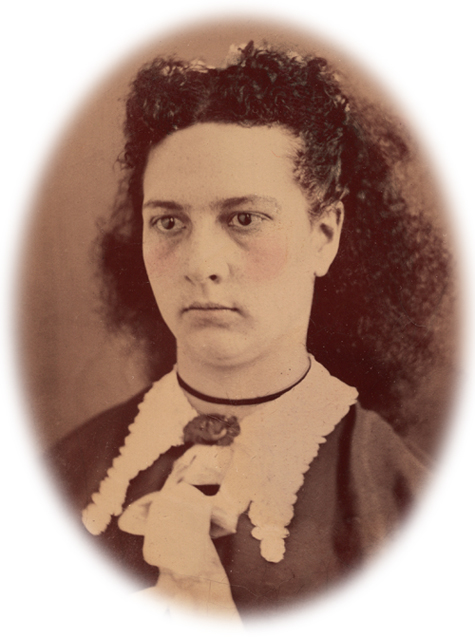 On January 18, 1876, nineteen-year-old Sadie married her childhood friend and neighbor, William Boltz, and in October the couple became the proud parents of a daughter named Bessie Grace.  Their joy was brief as four days later Sadie perished.

Death continued to plaque William.  Little Bessie soon followed her mother to the grave.  William married again only to lose his second bride to typhoid fever in 1882.  The third time was a charm as his next spouse, Mary, outlived him.  Yet William still suffered the loss of an infant daughter, Rena, in 1889, and the death of his twenty-year-old daughters, Clara and Edith, in 1901 and 1903 respectively.

I wonder how often William, who lived to be 83, thought of Sadie, his first love.  I like to think that his memories of their time together, although short, came to mind once in a while.

“Our dead are never dead to us until we have forgotten them.” ~ George Eliot